When Should You Invest in a Sales Management Platform?

SAGE Integration Shows Why the Answer is ASAP!

SAGE Integration is a national security integration provider serving enterprise clients from coast-to-coast, protecting their people, facilities, and reputation. SAGE was created to advance the industry, moving beyond boiler-plate solutions to deliver best-in-class solutions. Sage brings creative ideas and on-the-ground support to prepare for and mitigate the kind of integrated challenges that clients face every day. We spoke to John Nemerofsky, Chief Operation Officer, to discuss the impact that WeSuite is having on Sage Integration in managing their sales process.

How do you combine two completely separate security companies, each with their own systems for selling, into a smoothly run, united organization? That was the challenge facing John Nemerofsky of Sage Integration.

SAGE Integration is a relative newcomer to the security industry, but it’s the product of decades of security experience and leadership. The company represents the joined forces of AYSCO Security Consultants of Kent, Ohio, and systems integrator DTS Security of Atlanta, Georgia. Each were successful companies in their own right; united as SAGE Integration they are a best-in-class security technology and services provider with clients spread throughout 62 US cities and 9 foreign countries.

John Nemerofsky is SAGE Integration’s Chief Operating Officer. Previously a Senior V.P. with Stanley Security and a private consultant, John was recruited by SAGE’s founders to establish the operational systems and processes that would unify the newly formed organization and prepare it for aggressive growth and future acquisitions. One of the first things John did was Implement WeSuite’s sales management platform throughout the company. We spoke with him about that decision and how it’s working out.

Thank you, John, for sharing your story with us. To start things off and provide some context, would you please describe the size and scope of SAGE’s business?

SAGE Integration has 57 employees and annual revenue of about $45 million. We have two offices; one in Kent, OH and one in Atlanta, GA, and we’re in the process of opening a third in Plano, TX. But our clients are actually serviced by a team of superstar technicians located all over the country – in Knoxville, TN; Dallas, TX; Charlotte, NC; anywhere our clients need us. We have many corporate clients, some with hundreds of locations, and our model allows us to support them even though we don’t have brick and mortar offices close to each site.

When you first joined SAGE, how was quoting being handled?

Each company, AYSCO and DTS, had been handing it in their own way. One company had been using QuickBooks. The other had been using Excel. With either of those, you’re missing out on a lot. You have no recorded history. No reporting of what your sales are. No pricing consistency. No approval process. No engineering reviews. No integration into accounting. It was clear to me that one of the first things we needed was a consistent and better way of handling estimates and quoting throughout the organization.

I was at SAGE for less than a month when we brought WeSuite in to present what they could do. Three months later, in January 2020, we had both WeOpportunity and WeEstimate up and running.

You must have had a zillion things you wanted to get done in those early months. Why was getting a sales and back office solution such a high priority?

Even though both companies were extremely profitable, there were plenty of costly mistakes being made. A tool like WeSuite eliminates them.

For example, we needed standardization of pricing. We have many multi-location clients and their quoting gets touched by several different people on our team. We couldn’t be selling those clients a camera for $100 today and $150 tomorrow. That would not be well received.

We were failing to keep pricing updated in real-time. Security integrators carry a huge number of parts. We have 18,000 parts in our database. How could we keep that updated using Excel or Quickbooks? WeSuite’s relationship with PSA does that for us.

We needed formalized approval processes. Quote were going out with missing parts and we had no way of stopping that from happening. We also needed to regulate how labor was being quoted and ensure that all quotes included the correct terms and conditions and legalese. Using WeSuite, quotes can’t go out until they undergo an engineering review. And quotes under a certain margin or over a certain volume require sign-off by senior management. WeSuite even set up our system so that unapproved quotes have a huge “Not Approved” watermark on them, discouraging salespeople from attempting to bypass the approval process.

Given all of these issues, and the way WeSuite could help us address them, I felt we couldn’t get started up with the software fast enough.

What was the process like, getting WeSuite up and running?

When you deploy a CRM or ERP system, it can be a painful process. I’ve been there and know it all too well. But that wasn’t the case with WeSuite.

The company’s approach to delivery is as important as anything. You don’t just load the software and go off to the races. It gets built how your company operates, and that’s the flexibility they offer. They’ve experienced this hundreds of times, and their team knows how to get each client where they want to be. We were assigned a project manager and he guided us through the process, always explaining each step along the way. This continued as we started to integrate the system with other tools, like Tableau and Sedona. WeSuite provided us with the technical resources to make sure it happened smoothly.

And then what? How did you learn to use WeSuite?

Just as important as the set-up is what happened when the system was deployed. It wasn’t an “OK, we’re done. See you later.” They stayed with us to train our team. They did live sessions. They did remote sessions. And then provided even more additional training as new employees were brought on.

Throughout the year, members of our team have attended WeSuite sponsored webinars and user groups. Our power users participated in their annual conference – this year it was virtual – and had a lot of fun while learning a lot. All that training and those continuing education programs demonstrate how much WeSuite is committed to their clients’ success.

How much of a difference did it make that WeSuite has been created by folks who come from the security industry?

You’re asking the right person! I’ve deployed a lot of products created for a more general audience – the big names that everyone’s heard of – and tried to make them fit the security business. They’ve all been a disaster. Every customization required a ton of meetings. We had to keep a dedicated programmer on staff, which is an unbillable salary and not cheap. And communications were difficult. We weren’t speaking the same language.

By contrast, if I say “I need a card reader, complete, tied with eight hours of labor,” the folks at WeSuite understand exactly what I’m talking about. I don’t have to explain it. Or, “Our commission plan includes paying one third of the gross profit margin at 8% based on getting a purchase order, the next third based on billing, and the last third on collections.” Another software company would say, “Huh?” My project manager at WeSuite understands what I want and their programmer gets it done right away. They just make it so easy.

Now that WeSuite has been up and running for nine months, how has its reporting capabilities helped you to evaluate what’s happening at SAGE?

It’s provided us with a lot of data: average size quotes, average margin on existing clients, average quote size to new clients, average margin on existing clients, timing of quote-to-close. We’re not just tracking wins, but also lost jobs. All of that information has helped us to build logical ratios, and those ratios are helping us to start building trends. It’s still a little premature for us to be identifying trends, but in a few more months, we’ll have a year under our belt and we’ll be able to say things like, “Hey, last January we quoted ‘X’ amount at ‘Y’ margin. What did we do this January?” Using data to evaluate trends is really critical in developing a growth strategy.

The data has also been helpful in reporting on commissions. WeSuite has built in commission calculators, which is a much better and transparent way to approach commissions than working them out on an Excel spreadsheet or out of QuickBooks. The reporting dashboards we’ve created in WeSuite are just fantastic.

What metrics signal success to you and your Board of Directors?

Obviously, every board member wants to know about organic sales, about new sales. That’s what really matters. We’re able to break those out from existing sales. And we can look at new sales-per-salesperson or margin-per-salesperson-per-account. It gets pretty granular. We can practically evaluate ROI right at the salesperson level.

WeSuite has also been helpful in instilling trust in the sales process among board members who are new to the security integration business. We’re able to define and explain the workflow; how leads get into the system, how they’re tracked, how they’re assigned, how jobs get quoted, and what the approval process looks like. At the end of the day, they have confidence that our processes have the right checks and balances in place and that we’re all teed up for growth and long-term success.

What are the most important ways WeSuite is helping you to achieve your sales goals?

A big one is our proposal format. WeSuite helped us to build a template that really separates us from everyone else. It’s easy for our team to use, and our proposals look professional and consistent.

WeSuite has helped us with standardization. It’s one thing to have sales goals, but it’s another to make sure that quoting is being done right. That our pricing is current and that everyone is quoting to margin. WeSuite integrates with the PSA catalog, which really simplifies things.

And then there’s the approval process. We now feel confident that everything that goes out the door has been seen and signed-off on by the right people. That’s super important.

How would you counsel other security companies who are wrestling with whether or not it’s the right time for them to invest in WeSuite?

They need to look at the dollars they’ll save by deploying now. For forecasting, reporting, quoting accuracy and approvals, all those things – they can’t happen without a solution like WeSuite in place. How do you know what quotes are out there? Do you need to hire more people? Do you need to tell clients that it will be six weeks before you start work? It’s impossible to answer these questions if you don’t know what sales are coming in.

At SAGE, I was seeing mistakes that we had no business living with before we put WeSuite in. The return on investment began immediately. To other companies, I say that the system will pay for itself. In fact, I tell the folks at WeSuite that they didn’t charge us enough! 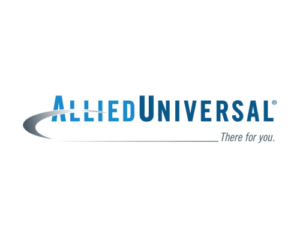 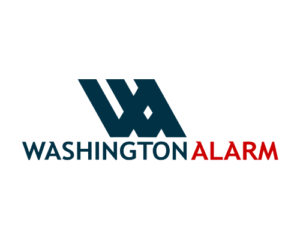 From Getting Organized to More Accurate Quoting, Washington Alarm Reaps the Benefits of WeSuite Software 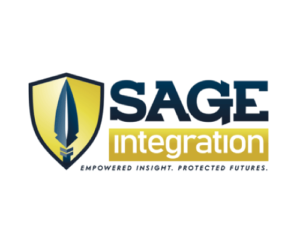 When Should You Invest in a Sales Management Platform? SAGE Integration Shows Why the Answer is ASAP! 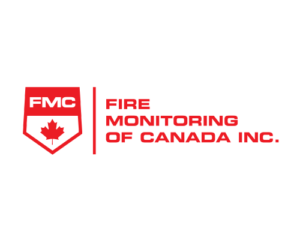