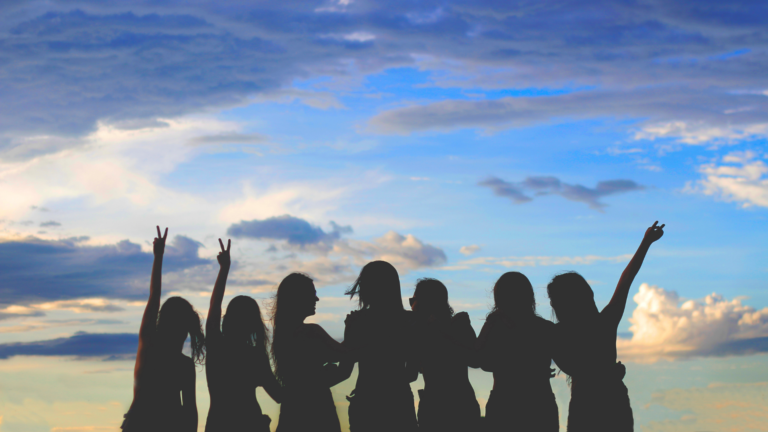 This year, SIA’s Women in Security Forum (WISF) honored its first class of Power 100 – a group of women who are leading and inspiring other women – and men – to build a better, more inclusive security industry. I was incredibly honored to be recognized among the 100, as the other 99 selected are all amazing, successful trailblazers, role models, and many are friends. The list was released on March 8, International Women’s Day, and we were recognized at the WISF Breakfast at ISC West a few weeks later.

Upon returning from Las Vegas, my friend and marketing collaborator, Margie Gurwin, asked if she could interview me for a blog talking about my personal experiences being a part of the industry’s transformation. She’s been working in security long as I have and felt strongly that I had a story to tell. So here it is. Thanks, Margie!

When you think of how far women in security have come, is there a particular memory from early in your career that made a lasting impact?

Yes – it was an encounter on a construction site in the city of Chicago. It was rare to see a woman in that environment back then, and I was scheduled for a site walkthrough with the project executive. To my surprise, that person was not only female, but she was at least seven months pregnant. There she was, impeccably dressed, including her hardhat, and commanding all of her responsibilities. I was really impressed and inspired. I was so encouraged to see that a woman could make it even in a highly unionized construction environment. Of course, it was highly unusual, but it has stayed with me all these years.

Today, seeing women in powerful positions within the security industry is not unusual. We’re still in the minority, but the inroads we’ve made are tremendous. To what factors do you attribute this shift?

Of course, the entire labor force is becoming more diverse due to a falling away of stereotypes, but a few things specific to security have made a difference.

First of all, as the industry has become more advanced and technology-driven, it’s become more attractive to college-educated workers, particularly those with STEM and business backgrounds. That description fits a lot of women. The expanding opportunities were widely supported by manufacturers and spread to integrators who needed employees with technical skills to sell and support the new generation of products. Today, the industry offers a promising career path, whether you work in engineering, operations, marketing, sales, finance, or any other role. As women significantly outnumber men in undergraduate and graduate programs and also complete their degrees at a much higher rate, it’s no surprise that companies are finding so many eager, qualified female candidates.

I also think that turnover in family-owned businesses has also helped. There are a lot of companies in the industry that are still privately owned by the families that started them. In many cases, the founders are getting ready to retire and passing the reigns on to their daughters. Those women themselves are knocking down stereotypes, and they are also committed to changing the face of the industry by hiring more women within their companies.

And finally, evolving HR policies are making a big difference – not only in security but everywhere. The fact that workers can now report issues to management and know that they will be heard and their complaints dealt with makes a huge difference. There was a real stigma about reporting things to HR when I was younger. Women, including me, feared they would be penalized for making waves and chose to keep their mouths shut. We had a choice to either put up with bad behavior or walk away and jeopardize our career opportunities. In a few instances, I directly confronted male colleagues who were behaving inappropriately toward me, but I was aware that I was taking a risk, which was very stressful. Today, we can let HR take the lead, and for that, we should all be very grateful.

What can men do to help women thrive within the industry?

There’s a lot they can do, but the first thing that comes to mind is to hear us. Learn to listen better. Women speak differently than men, but that should be okay. Why is there an expectation that we should learn to sound like they do? Yes, we often use more words, but maybe some of those words are ones that the men need to hear! Many female colleagues have shared stories about situations in which they presented an idea in a meeting full of men, and it was tossed to the side, categorically dismissed. Then, a male counterpart put forth the same idea, and it was suddenly worthy of discussion and consideration. It’s happened to me, too, on plenty of occasions. So first and foremost, I would say to men, “put on your ears and truly hear what women are saying. Our contributions and perspective are valuable.”

I’d also like to encourage men to take a more active role in nurturing female talent. Mentoring is a great experience both for the mentor and mentee. Male executives have much to share. Also, inherent in being a mentor is learning to listen, which will make them better at communicating with both their mentee and women in general.

There’s been a lot of news about how the pandemic disproportionally hurt women’s careers due to childcare issues and remote school. What are your thoughts?

While women certainly did take a hit because of those factors, in the long run, I see a silver lining that will benefit women in the workplace – and men too. Covid was a real game-changer, proving that employees can work from home and still get the work done. We also were able to be more open about our family commitments and personal lives without worrying that coworkers would think less of us. You could have a child in the background of a zoom call, and everyone would say, “Yeah, I have one of those too.” We all developed more empathy, and that has been encouraging.

Also, I think companies will continue to be more flexible with their leave policies, given how productive remote work has proven to be. We may not be expected to travel as much. We all enjoy meeting clients in person, but now there’s a willingness to consider whether video call makes more sense in some situations. And, I think all workers – female and male – will feel less guilty about leaving early for their kid’s soccer game or taking a long lunch to take an elderly parent to the doctor. Management has come to recognize that if the work is getting done, that’s what matters.

Are there any specific organizations you feel are doing an exceptional job supporting women in security?

First off, I’d like to mention the Security Industry Association, SIA, because they have launched with Women in Security Forum, which is fabulous on many levels.  Special shout-out to Maureen Carlo as a pioneering leader for WISF, promoting inclusion and the female voice so beautifully in the industry.

The Time Mentorship Program through SIA is superb. I don’t use that word often, but I think they knocked it out of the park. And the other SIA group I’d mention is RISE because it’s focused on the next generation. They have terrific spirit, great engagement, and they’re doing a bang-up job at generating enthusiasm and involvement.

PSA has board members who are women and PSA member companies more often have female leaders at the helm. The organization is going further, too, encouraging educational sessions on relevant topics. At this year’s PSA TEC, we held a session “What We’ve Learned Along the Way: Career Advice for the Girls, From the Girls” – it was a big hit thanks to our terrific panel: Maureen Carlo, Rebecca Bayne, and Janet Fenner.  We shared our experiences and advice and appreciated engaging with a terrific audience of men and women.  We can’t wait to do that session again!

I think ESA and ASIS are also making similar efforts. However, I’ve felt the most significant impact from SIA and everything they’re doing. I can’t say enough about their support.

Given that you moderated the panel in the PSA TEC session you just mentioned, can you give us an example of advice you shared?

One of the most important pieces of advice is for women is to stop apologizing for things that don’t deserve it. Part of learning is making mistakes, and when that happens, we need to own it, learn from it, and move on. Think about what you could have done differently to achieve a better outcome. Then, please don’t dwell on it, and don’t let it impact your feelings of self-worth or self-respect. Men make mistakes all the time!

Know your worth and value and continue to develop it. A title is meaningless if it doesn’t come with commensurate responsibility and pay. Learn to negotiate for raises, highlight your successes and your plan to create even greater value. Respectfully, become your own best advocate. If you aren’t in the right place, you have the right to leave (thank you Janet Fenner!). Find good friends and mentors and in turn become a good friend and mentor. This industry has some very special people in it – and you can be one of them. 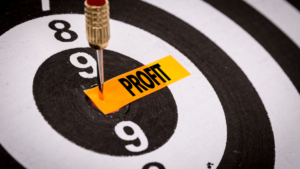 How Do We Know If We’re Really Making Money? Thinking Strategically About Profitable Growth 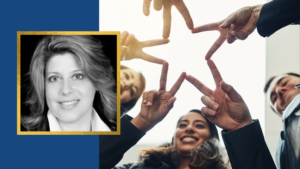 In this installment of “Superstar Salespeople Share Their Best Sales Tips,” a true expert shares how to be the most effective sales leader. Here are Audrey’s three top tips… 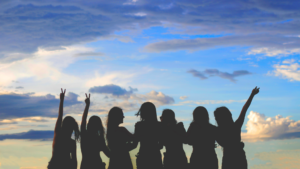 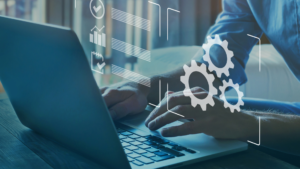 Can you really survive with a manual, de-centralized, sales process? We’ve got 4 ways your sales process defines company growth and profitability…read more